San José, Costa Rica’s Capital City, is where everyone’s Costa Rica trip should start. There are vacation packages that can lead you through the country; beaches, mountains, forests, volcanoes, to name a few, however, in San José city, there are several activities and you have an advantage; you can walk it through. Many sites to visit at a short walking distance. On the following list I will put a list of highlights that are considered the most attractive ones. 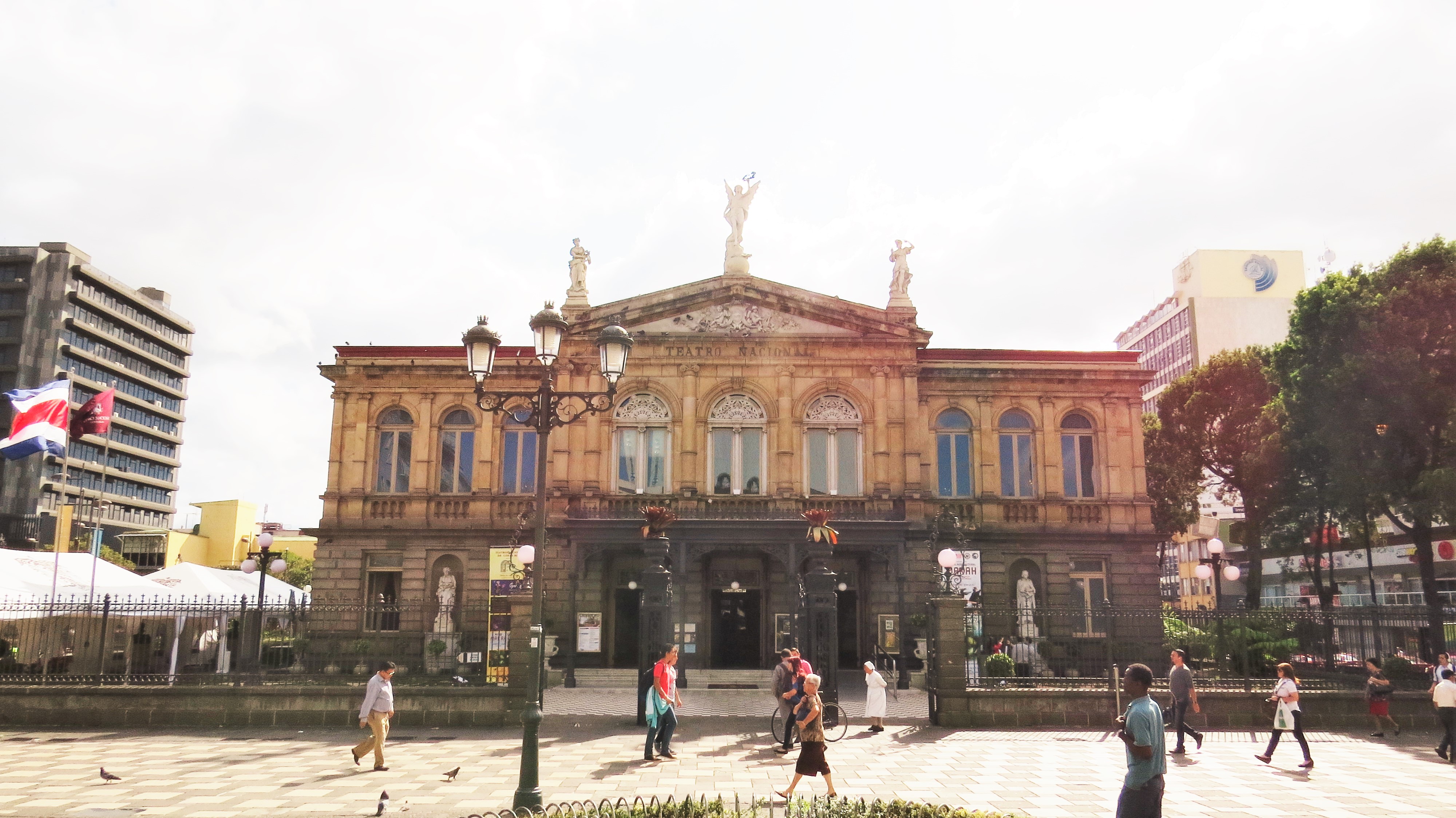 The National Theatre located in the heart of San José city, it’s an asset to Costa Rica’s culture and a must for any traveler. Its construction started in 1890, built with great passion by the coffee producing families and later on with some general sales -coffee export was on its peak at the time-.

Everything in the Theatre has a meaning, starting with the three sculptures over the tympanum: The Dance, The Music and The Fame (In the center) talking about the significance of these in the Theater atmosphere. And in the front walls exedras, two sculptures: Calderon de la Barca, the most important plays writer in the Spanish language, and of course, Ludwig Van Beethoven, both talking about discipline and wisdom in the creative process.

As you get in the Theatre, you will find many more secrets to be discovered, in Expediciones Tropicales there are vacation packages available, among them a City Tour that includes a tour guide who will explain everything about the city highlights, including the Costa Rica National Theatre. 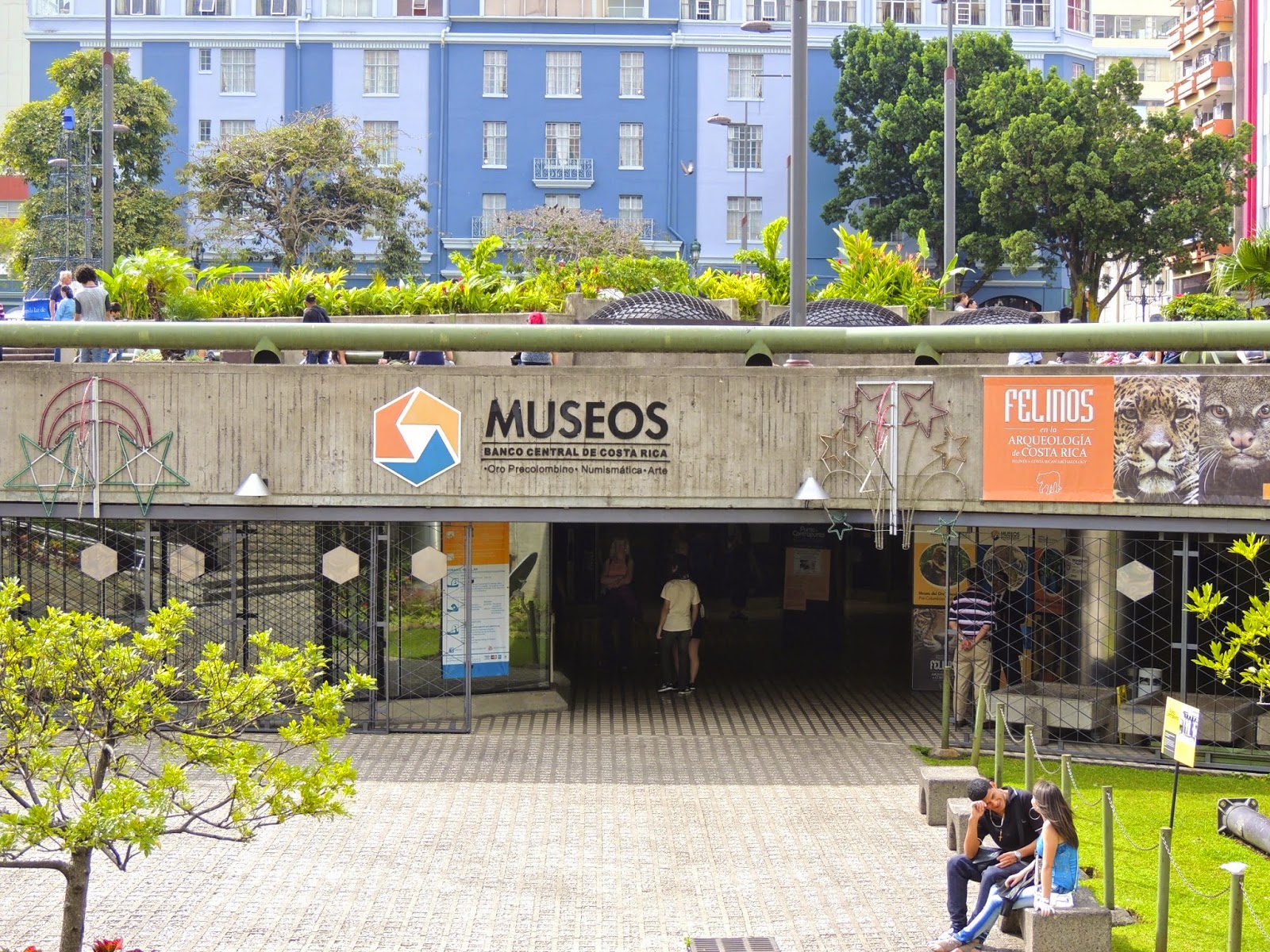 There are several museums in San José City, where most of the museums are. Three right in the center, on the side of Costa Rica National Theatre, you will find an entrance to the – Pre-Columbian Gold Museum located underneath the Plaza de la Cultura -. The museum has over 1600 artifacts dating back to 500AD. Plus, in the same building, you will also find Costa Rica’s National Numismatic Collection and an art gallery with different temporary exhibitions throughout the year.

Four blocks away from the Pre-Columbian Gold Museum, in San José City, you can find the Costa Rica’s Jade museum; an archeological center that does research on several fields like; anthropology, archeology art. It has more than 7000 pieces of diverse materials like; Jade, ceramic, rock, gold, wood, bones, to name a few. In this museum the exhibition goes beyond, with a great interactive part to learn how and when these artifacts were used.

By crossing the nearest park – Plaza de la Democracia – you can also find another fascinating museum, the National Museum of Costa Rica, located as well in San José City. This museum accumulates history from all the regions of Costa Rica, having several rooms to visit, with splendid exhibitions of pre-Columbian stone and clay artifacts, as well as colonial and religious history. The building was originally a fortress built in 1917 by an infamous dictator of the time (Federico Tinoco) and 20 years after the Costa Rica National Theatre -.

We are just talking here about three of the museums, not including; The National Children’s museum, The Costa Rican Art Museum, the Calderon Guardia Museum, and the Peace museum, all them on the very heart of the country; Costa Rica’s Capital; San José City. 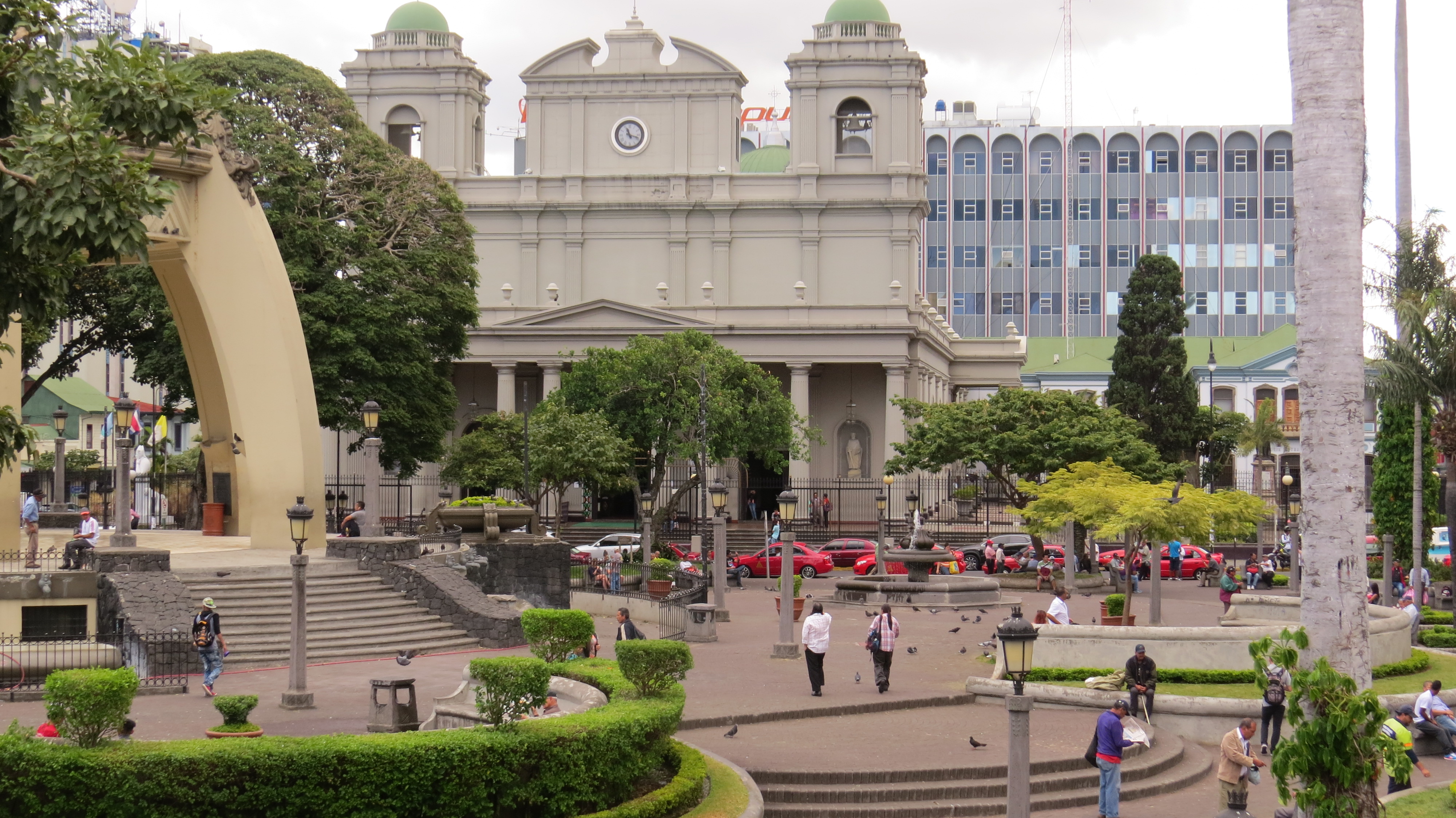 Let’s start with La Sabana Metropolitan Park, located close to the San José City center, it’s a beautiful nature realm for any visitor. The park is big enough to have the Costa Rica’s National Soccer Stadium in it. It has different three species of trees and plants, most of them with their name on a sign for you to know which family they belong to. Is incredible to run, walk or just being with friends or family. It has multiple football soccer fields and basketball fields, as well as a lagoon where you can rent a double pedal boat for romantic getaways. In La Sabana you will find the Costa Rican Art Museum, in a building, finished in 1940 and used as the International Airport up until 1963.

Plaza de la Cultura; literally, the Culture Square -. The square is over the Gold Museum and next to the Costa Rica’s National Theatre. You will find that this plaza to be the commercial center of the city. A place where you can buy food, clothes, shoes, ice-cream, bank, ATM’s, to name a few.

Between the Jade museum and the Costa Rica’s National Museum is the Plaza de la Democracia or ‘Democracy Square’. In this plaza you will find an area where the art-crafts market is located and an auditorium that is used with regularity for concerts of local and international artists

Pretty close and at the entrance of the city, you can also find a plaza named “The National Park”, it features the ‘National Monument’. This park is great for photography and right next to it you can also find: The National Library, the Elections Tribunal and the Contemporary Art Museum (Located in the old Liquor Factory building).

San José City is far from boredom, with bars, pubs and casinos everywhere. There are several places to choose from when it comes to dancing, from techno to salsa, a variety of pubs with a great array of music types as well, pop, rock, Spanish trova, and much more.

You can also taste the Costa Rican craft beers as well as beers from diverse parts of the world. All the places are walking distance. Important to say that the drinking age in Costa Rica is 18, however we do not encourage for students to break their own country’s rules regarding this subject. You can enjoy these facilities with your friends and couple and learn about the locals’ ways of life without any hesitation.

While staying in San José City a visit to the great markets in town is almost compulsory, not only for its surprising variety of hand-crafts, food, clothes and fruits and vegetables, but going beyond to the daily life of hundreds of thousands of Costa Ricans that go through them every day.

The Central Market is the largest of San José, you can get in through any of its multiple entrances, each of them, selling different items. Established in 1880, it covers a full block with more than two hundred shops, some of them family businesses that have passed by up to three generations. The contrasts are truly fantastic, as you can find beautiful flowers, souvenirs, shoes, sandals, money keepers, pet stores, herbs, fruits and vegetables and raw meats. If possible, try the food! Casados or empanadas, bucket ice cream or simple black coffee… It is the place to find the real Costa Rica typical food.

As we stated previously, on the other side, and close to the National and Jade Museums you will find the Costa Rican art-crafts market. An aisle (Used to be a street) concurred by sellers from all over Costa Rica, such a successful location that the government finally decided to forget about the street and leave it exclusively as a market. Probably the best to get the souvenirs to take back home.

Costa Rica is a rich country in where the activity density is high enough for the travelers to find all kinds of interesting places. In San José City there are multiple One-Day-Tours and vacation packages that will give you the opportunity of learning about the buildings, museums, parks, and places of interest that Costa Rican locals prefer.

And if you are not in the mood of going with a group and want to have some time on your own these are also highly recommended. Just walking across the city itself is a consequential line of events that you can enjoy in every step.